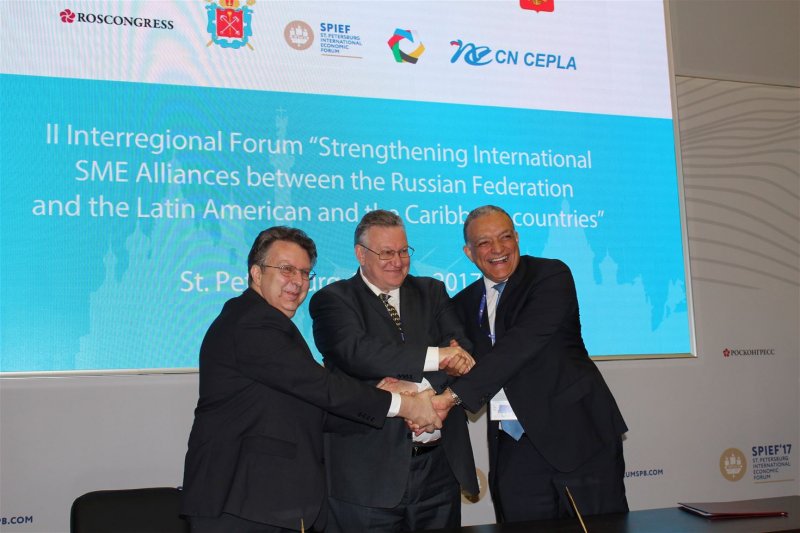 Prior to the opening the St. Petersburg Vice-Governor S. Movchan had a meeting with the delegations of Latin America and the Caribbean.

In the meeting the St. Petersburg officials discussed the topical issues with delegates from Cuba, Ecuador, Honduras, El-Salvador, Guatemala, Venezuela, Suriname, Panama, Uruguay, and other.

At SPIEF’17 SUAI was represented by the Vice-Rector for International Affairs K. Losev and L. Kheyfets and V. Kheyfets of the SUAI Department of International Entrepreneurship to meet, among others, E. Zhikh, the Director of Russia-Latin America Business Center and sign an Agreement on Cooperation.