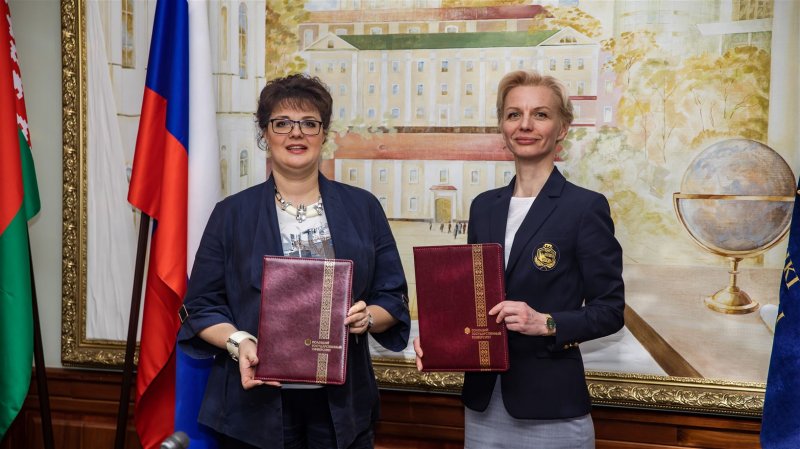 On May 24, SUAI delegation paid a working visit to Polotsk State University in the Republic of Belarus

During the foresight sessions, proposals on areas of cooperation and the implementation of joint projects were discussed. One of these areas is the holding of a joint summer school in June 2022.

SUAI delegation was introduced to the academic buildings of Polotsk State University, visited the unique enterprise of NAFTAN OJSC. The Novopolotsk Refinery stood at the origins of the avant-garde branch of the national economy and is currently an important element of the industrial complex of the Republic of Belarus.